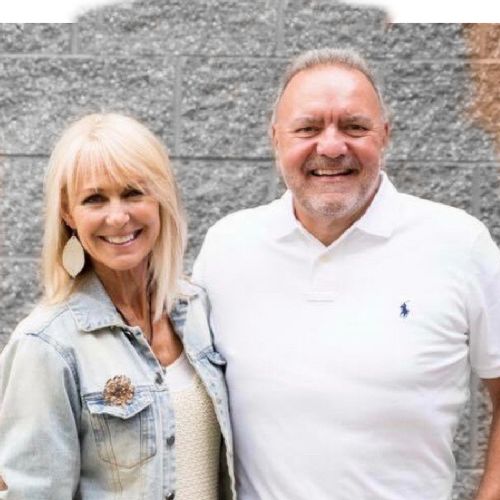 Dave and Lori Ford are the founders of Inflate Ministries. Their hearts' desire is and has always been to encourage, motivate, and lift people up, whether it be through international outreach, serving as pastors in a local church, or ministering one on one.

Early on, Dave and Lori toured the United States and Canada producing and directing the drama Heaven's Gates and Hell's Flames, where thousands made a decision for Christ.

Dave and Lori answered God's next call on their lives and founded WeatherStone Church in southeastern Wisconsin. The couple served faithfully for 24 years and grew WeatherStone from three families meeting in a home into a dynamic, powerful, and life-giving church.

They believe that God has now called them to build a pastoral encouragement team. In essence, Dave and Lori's passion is to build a network of coaches around the world to encourage and uplift pastors and their spouses.

Dave and Lori have two children, four grandchildren, and reside in northwestern Wisconsin. 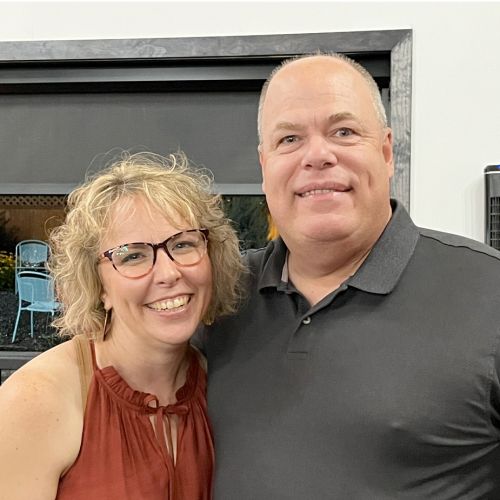 In May of 2022, Rob Gerber joined the team as the Director of Development. Rob has been married to his wife Jennifer since 1996, and they have two daughters, Elizabeth and Alison.

Rob grew up in a very mission-minded home and witnessed many people in need of help and prayer come through the doors of his childhood home. Having witnessed this through his parents and being surrounded by faithful Christians, he felt like he was given a great gift that he needed to share with others. This desire and the drawing of the Holy Spirit first led him to serve for seven years in a leadership role for a sizable non-profit in Eau Claire, Wisconsin, and now to Inflate Ministries.

Rob realized at a very young age that he is a businessman at heart, starting some of his first business dealings at the age of 12. In the early years of their marriage, Rob and Jennifer started two corporations and successfully ran those for a combined total of 16 years before selling their interests in those companies. Rob views working at Inflate Ministries as a great honor and opportunity to use his business skills to help build something for God's kingdom that has eternal blessings. 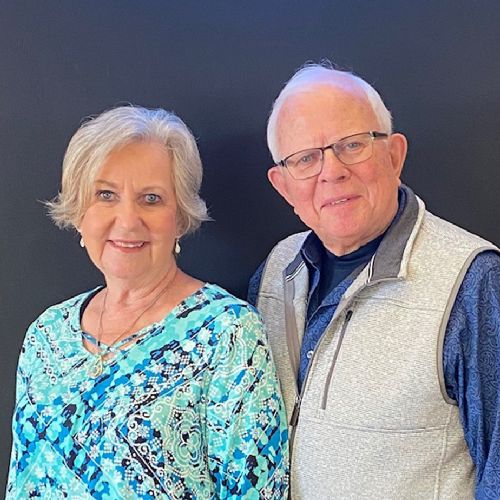 Over the years Ron and LaDon Held have filled a number of leadership positions in the church. They currently serve as District Directors of the 50+ (senior) Adult Ministries for the Wisconsin/Northern Michigan Network. In this role, they conduct 50+ rallies and direct the annual 50+ Adult Retreat. The Helds pastored the Assembly of God church in Racine for 21 years and led the congregation through two building programs. Ron retired from active ministry as the District Secretary for the Wisconsin/Northern Michigan Network. Earlier on he also served for five years as the Director of the District Youth and Christian Education Department and as head of the National Sunday School Department out of the Assemblies headquarters in Springfield MO for 11 years. While there he authored two training books for teachers and education leaders and wrote articles for various denominational publications. Ron also led Teacher Enrichment Clinics for the national Discipleship Ministries Agency.

Ron and LaDon have spoken at senior adult retreats and have conducted marriage and family enrichment seminars across the country. LaDon has served as coordinator and speaker at local church and district prayer retreats. She directed the women's ministries at their church in Racine, WI.

A graduate of North Central University, Ron also holds a Master of Arts degree in Christian Education from Wheaton College Graduate School. The Helds have three grown children, all of whom are engaged in vocational Christian ministries. They are very proud of their six grandchildren and one great-granddaughter. 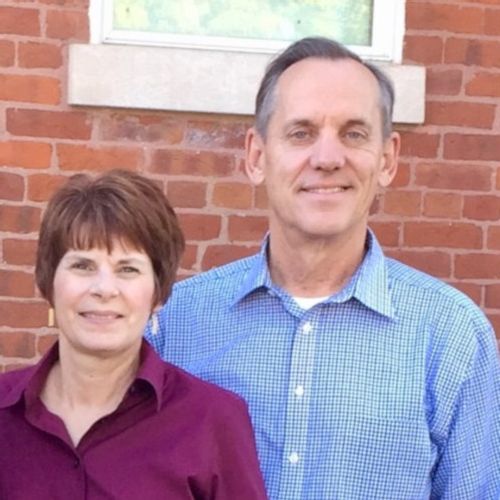 Bruce and Ann Fredrickson have strong roots in Christian pastoral ministry. Bruce served his country first with the U.S. Marines, followed by a lengthy career as a Chaplain with the U.S. Army, retiring as a Colonel. He is a combat veteran of Operation Iraqi Freedom. For five years, Bruce and Ann lived in Germany during his last active duty assignment, traveling throughout Europe. After returning to Wisconsin, he served as a board-certified chaplain for Mayo Clinic Health System. Bruce and Ann now reside in Eau Claire, WI, and have two adult children. 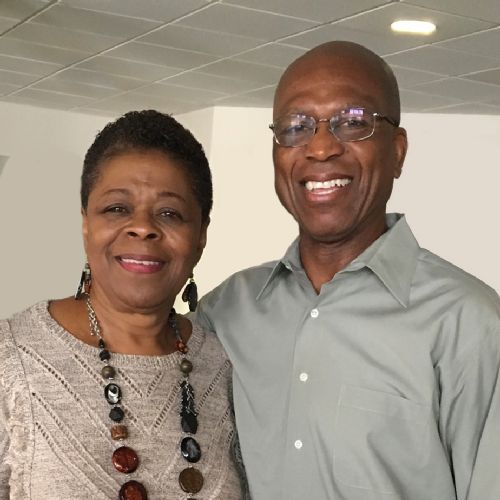 Ken Ellis played professional football for ten years in the National Football League and was voted all-pro three times while playing with the Green Bay Packers. He played in Super Bowl XIV with the L.A. Rams. Ken served as Associate Pastor at Bethany Church in Louisiana from 1983-2011. He currently serves as Chaplain for LSU's Football and Track teams, Southern University's Football team, East Baton Rouge Parish Sheriff's Department, and the Hospice of Baton Rouge.

Ken and his wife, Joyce, reside in Baker, Louisiana. They have four children, nine grandchildren, and four great-grandchildren. 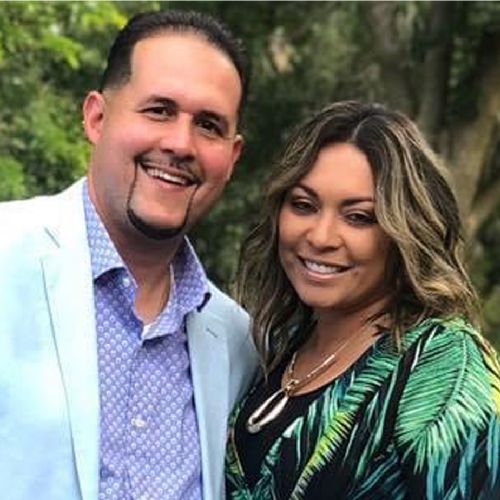 Jessica Gonzalez is the co-founder of Hope MKE in West Allis, WI. She is married to Andrés González, and has 4 children and 1 grand-daughter. Jessica is bilingual, fluent in both English and Spanish. Jessica holds a Master's Degree in nonprofit management and philanthropy from BayPath University in Longmeadow, MA. She is a "Mending the Soul" facilitator for people healing from trauma and/or abuse. With over 20 years of experience, she has a wealth of management knowledge in the nonprofit arena. 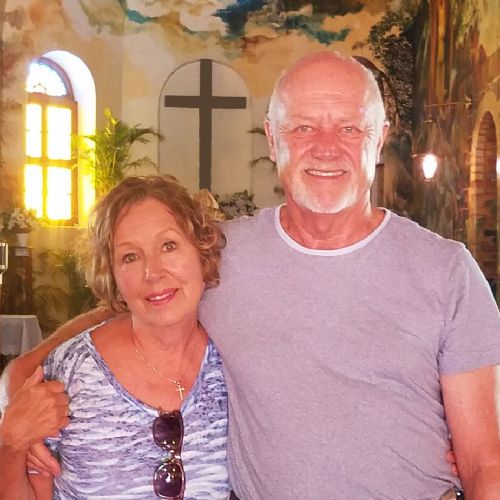 Dave Morgenson has been president of Morgenson Realty Company since 1989 and brings a wealth of business, management, finance, and development knowledge. Dave has served on two church boards, as well as the Teen Challenge Board.

He has been married to his wife, Ruth, for over 52 years. They have two daughters, five grandchildren, and four grand dogs.